A training and exchange workshop on interreligious and intercultural dialogue in Côte d’Ivoire was held in Yamoussoukro from November 26 to 27, 2019, organized by the Félix Houphouët-Boigny Foundation for Peace Research (FHB Foundation) in partnership with the Institut Afrique Monde (IAM) for religious leaders. It brought together some 40 Christian and Muslim leaders on the theme: “Contribution of religious leaders to the promotion of the culture of peace, non-violence and the prevention of religious extremism in Côte d’Ivoire“.

The workshop had the following objectives:

It should be noted that the first constitutive meeting of the platform of religious leaders of Côte d’Ivoire was held on November 25, 2019. That meeting was a follow-up to the recommendations, plan of action and the Yamoussoukro Declaration resulting from the National Symposium of Religious Leaders, Kings and Traditional Leaders organized by the Félix Houphouët-Boigny Foundation for Peace Research and UNDP-CI on the theme: “Contribution of Religious Leaders, Kings and Traditional Leaders to the Promotion of the Culture of Peace and Non-Violence in Côte d’Ivoire”.

The Secretary General of the FHB Foundation warmly welcomed the participants and thanked the Institut Afrique Monde chaired by Her Excellency Denise Houphouët-Boigny, Ambassador of Côte d’Ivoire to UNESCO for its commitment to this training. He also indicated that President Félix Houphouët-Boigny had left Côte d’Ivoire peace, which is a continuous quest. In presenting the context of this activity, he hoped that traditional religions would be integrated into the platform for a broader consensus in interreligious dialogue in Côte d’Ivoire.

As for Mr. Serge KOUTOUAN, Deputy Prefect of Kossou, representing the Prefect of Yamoussoukro, he welcomed the opportunity presented by this workshop on the eve of the presidential elections, before proceeding to the official opening of the training workshop.

During the proceedings, seven (7) presentations and two (2) workshops were recorded.

The communications showed that extremism and terrorism are rejected by all revealed religions and that, on the contrary, religions encourage dialogue between them. Thus, religious leaders have equipped themselves to play their role as promoters of tolerance and the values of the culture of peace.

Furthermore, the Félix Houphouët-Boigny Foundation for Peace Research and the Africa World Institute were encouraged to continue to play their role in the field of peace.

The workshop concluded with the presentation of diplomas of participation. 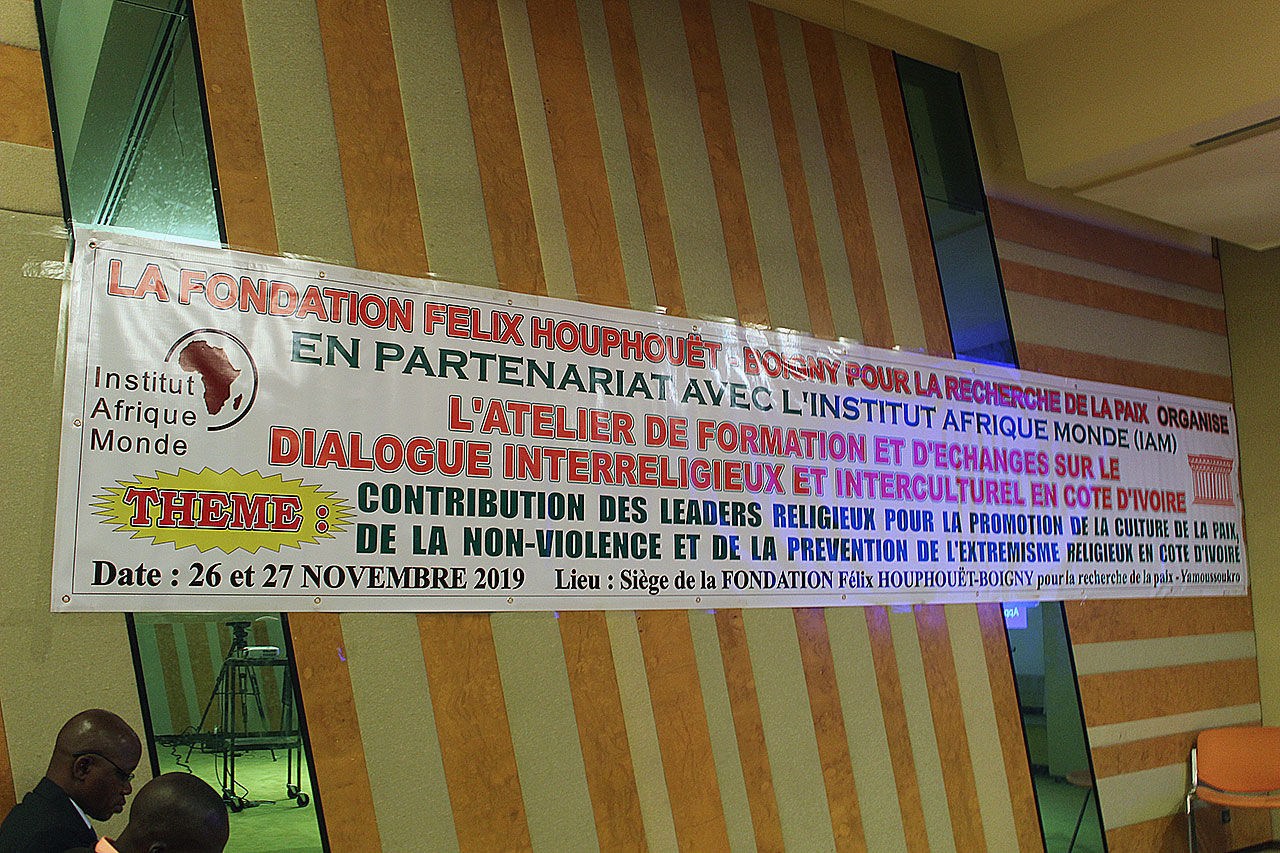 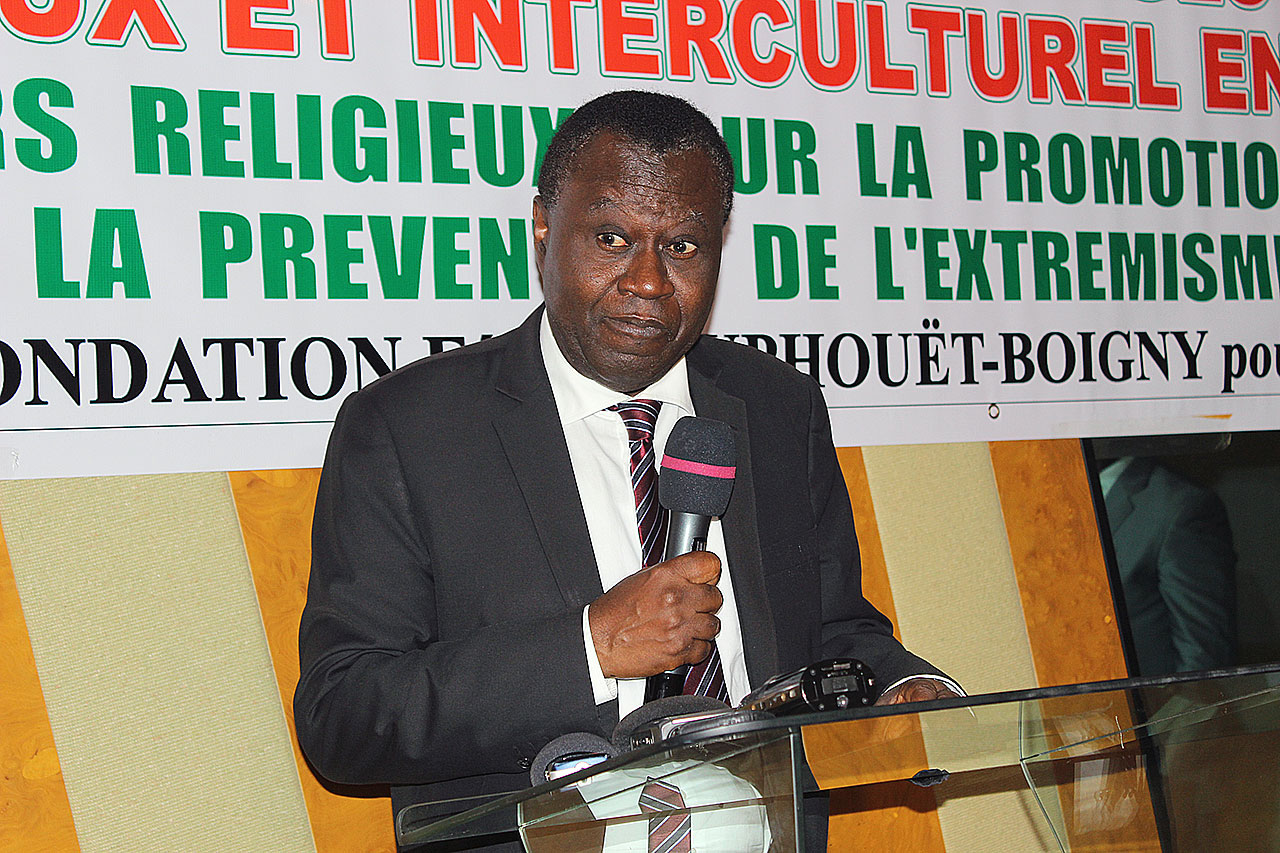 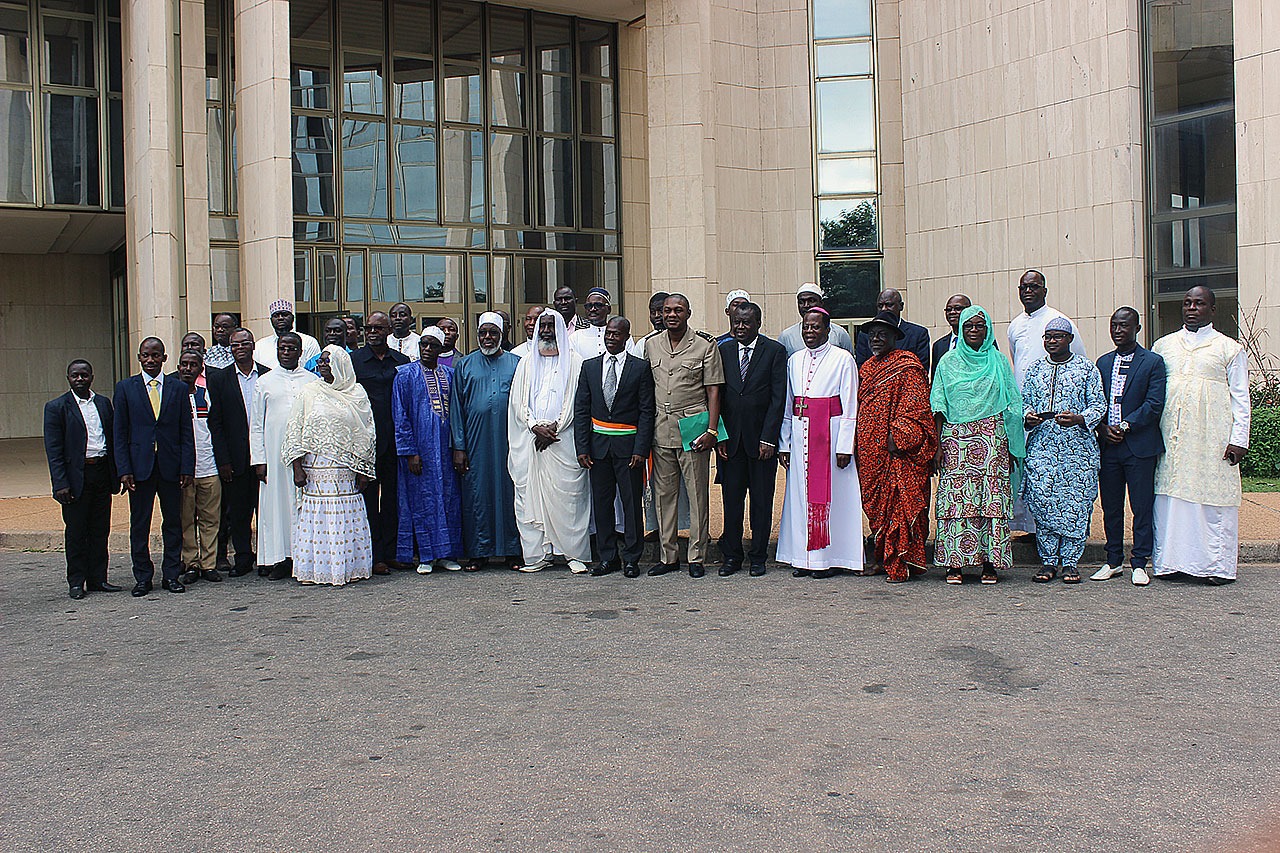 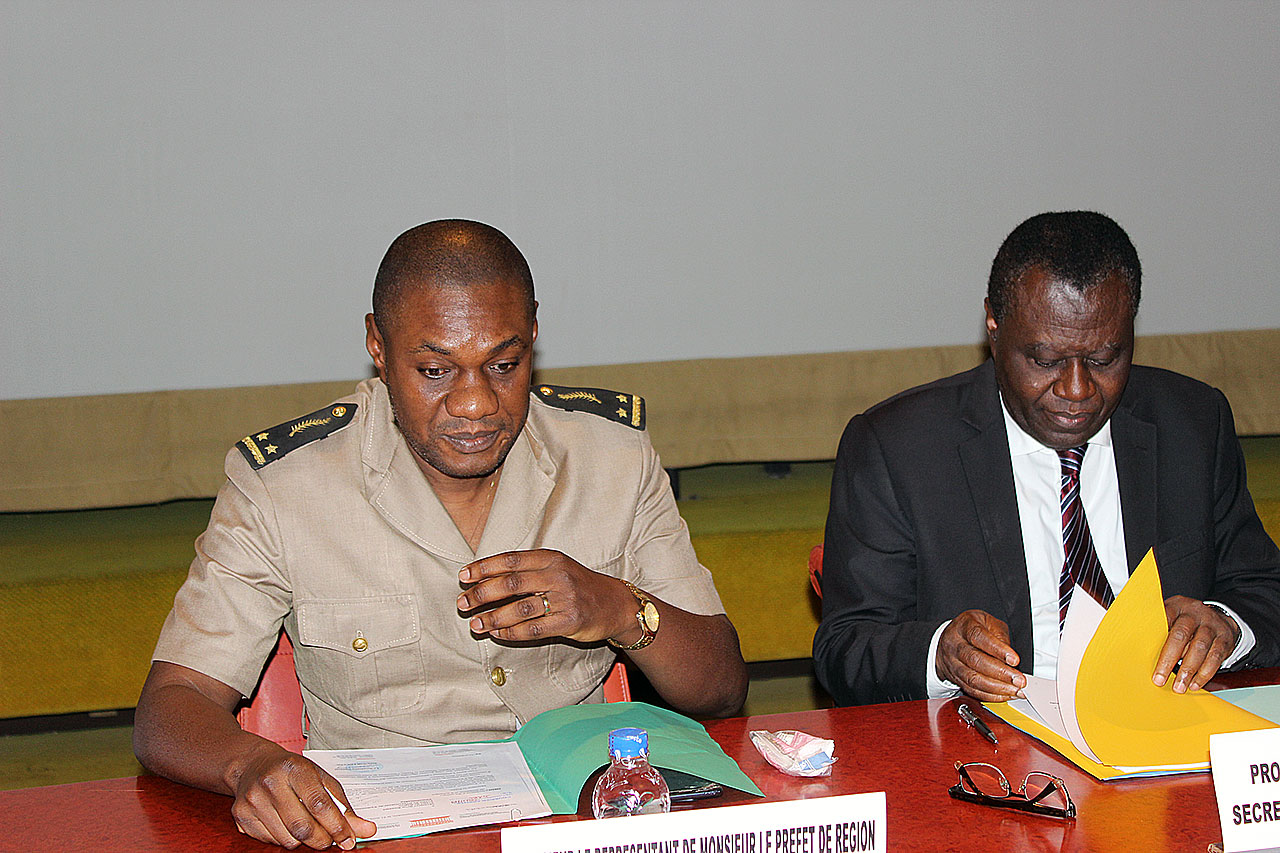 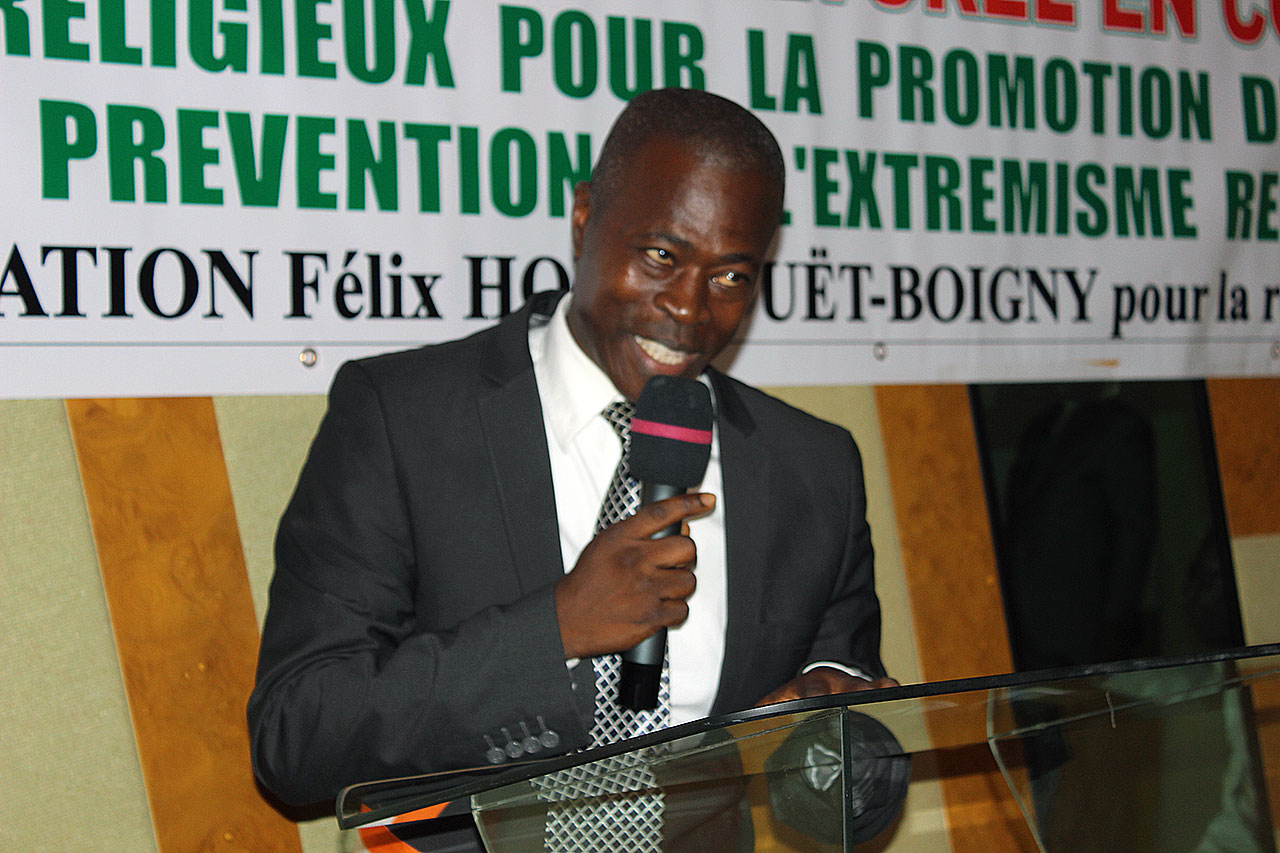 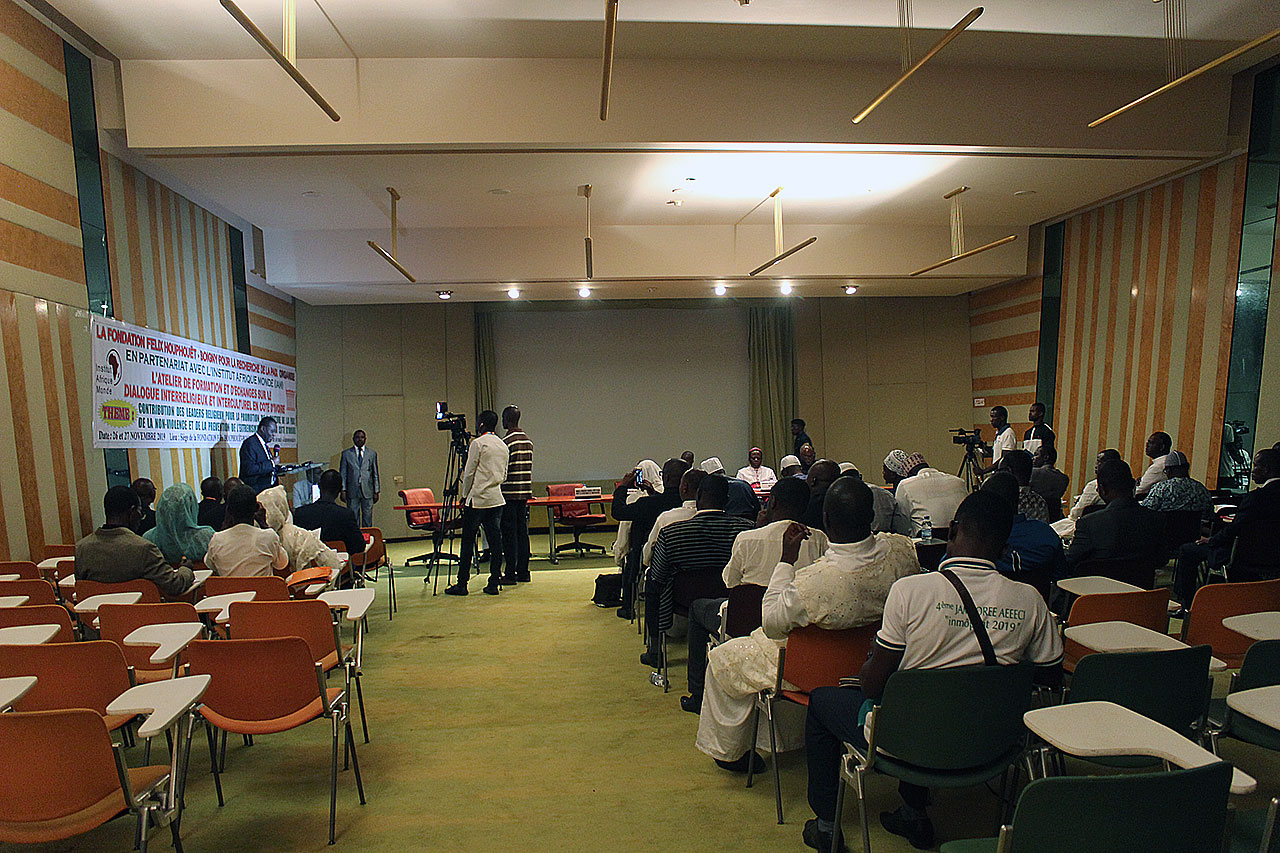 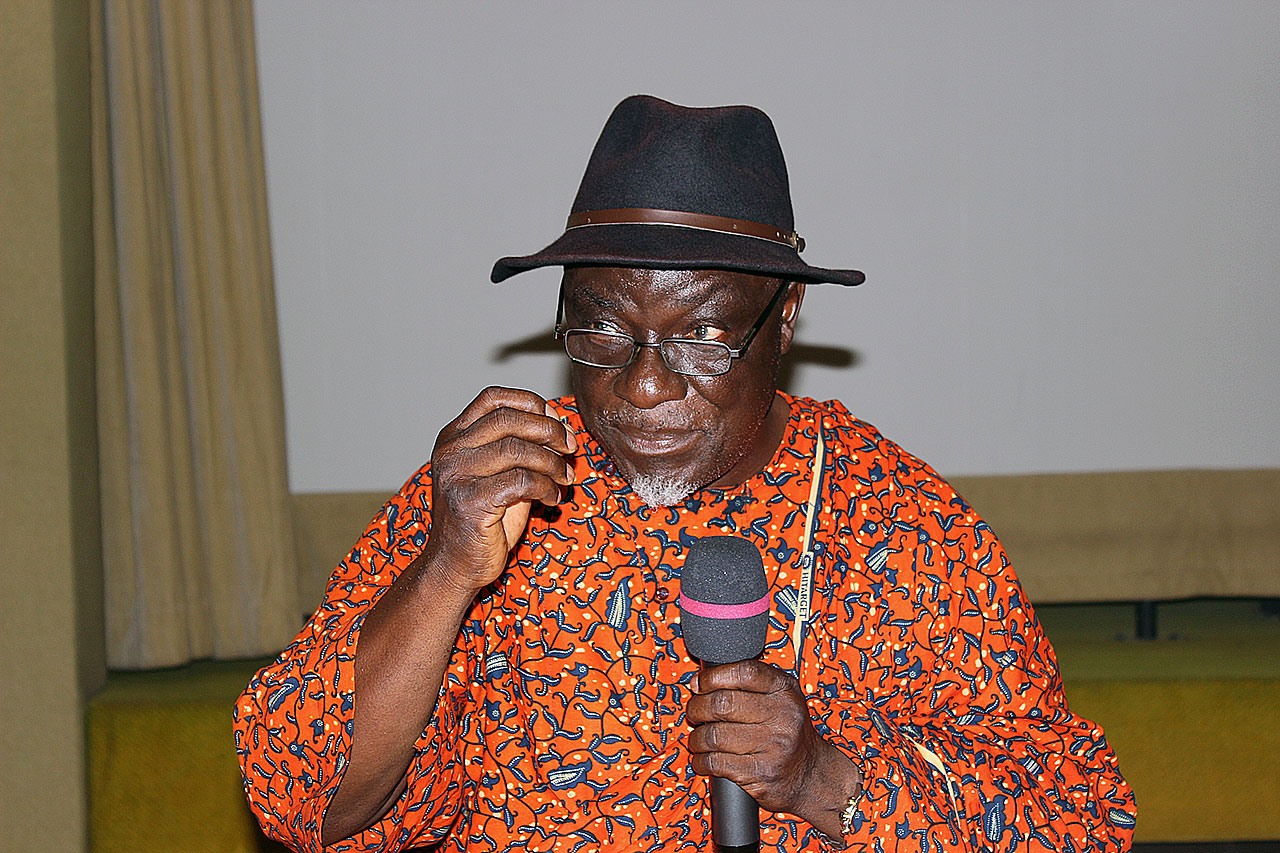 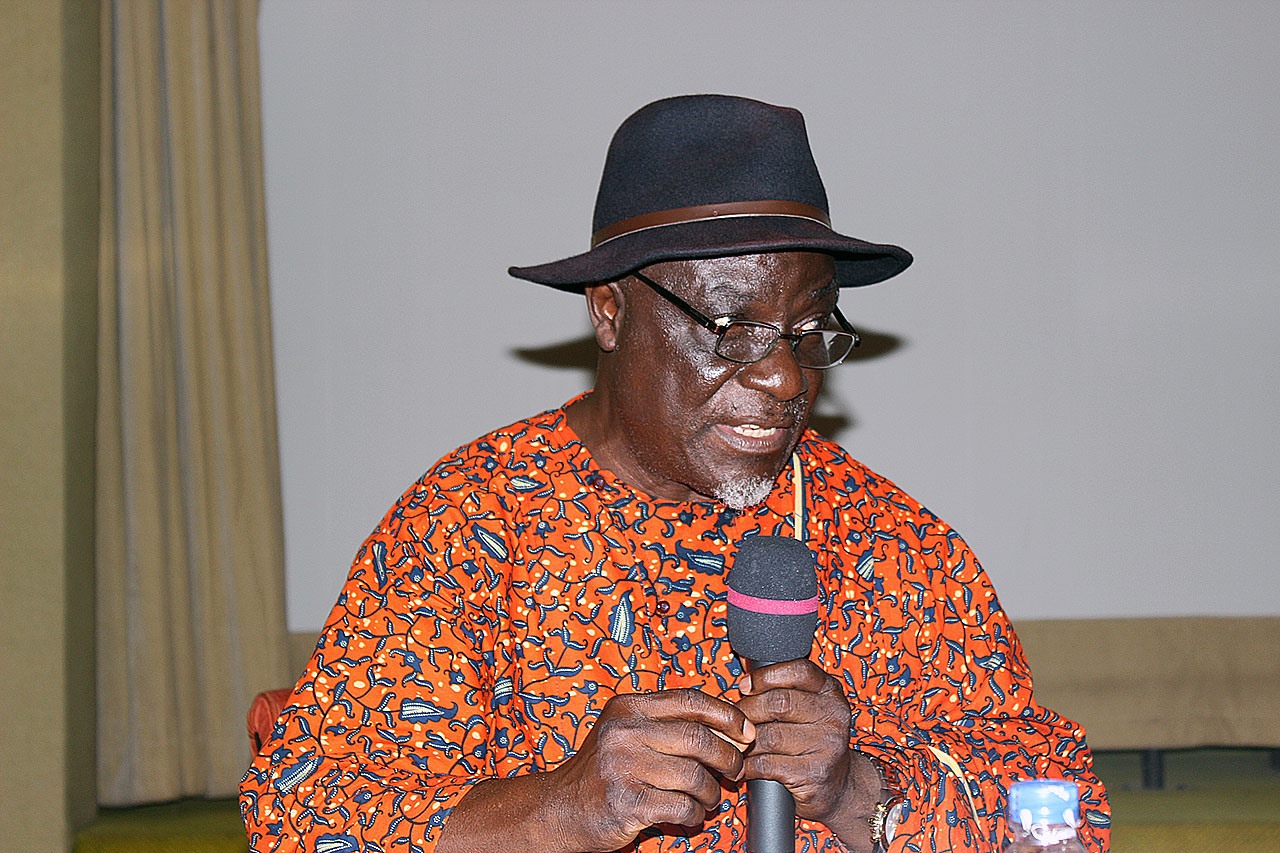 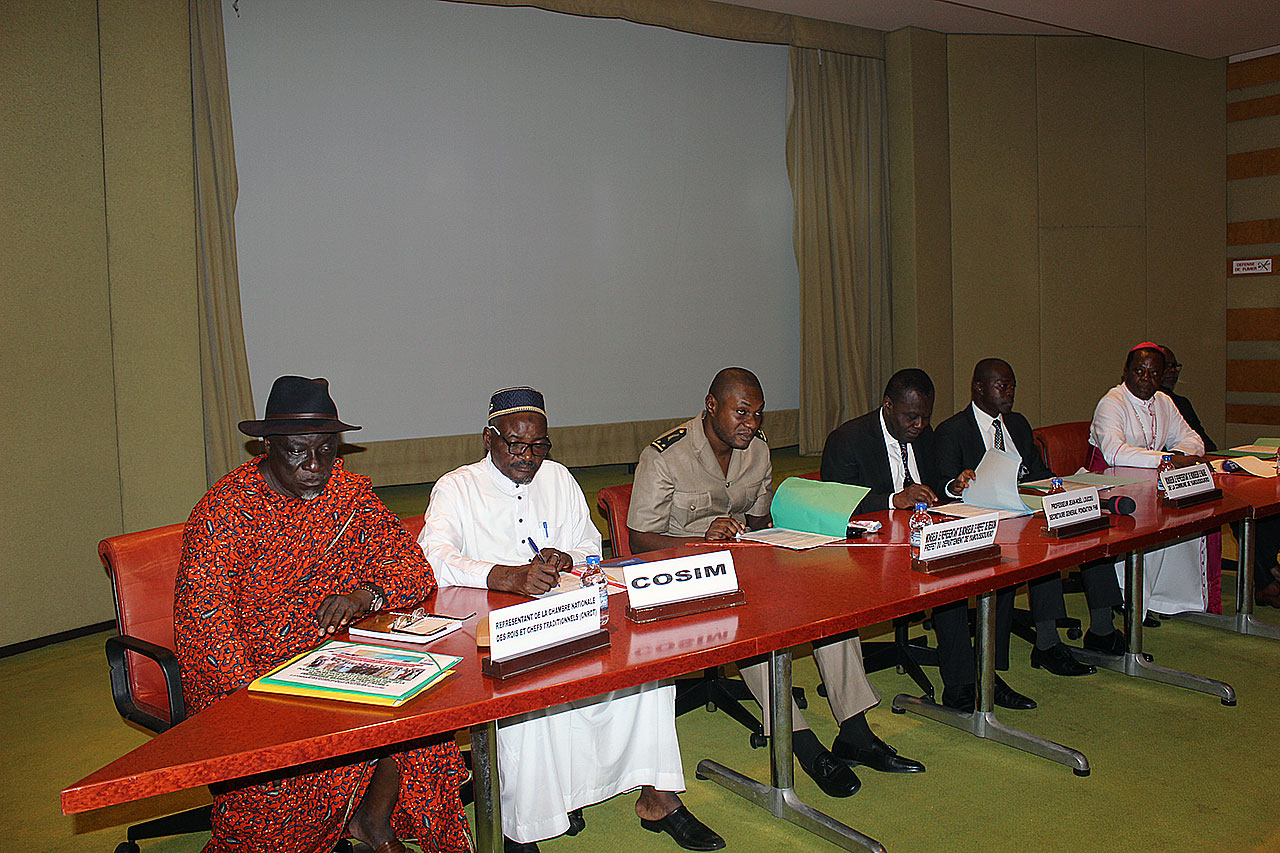 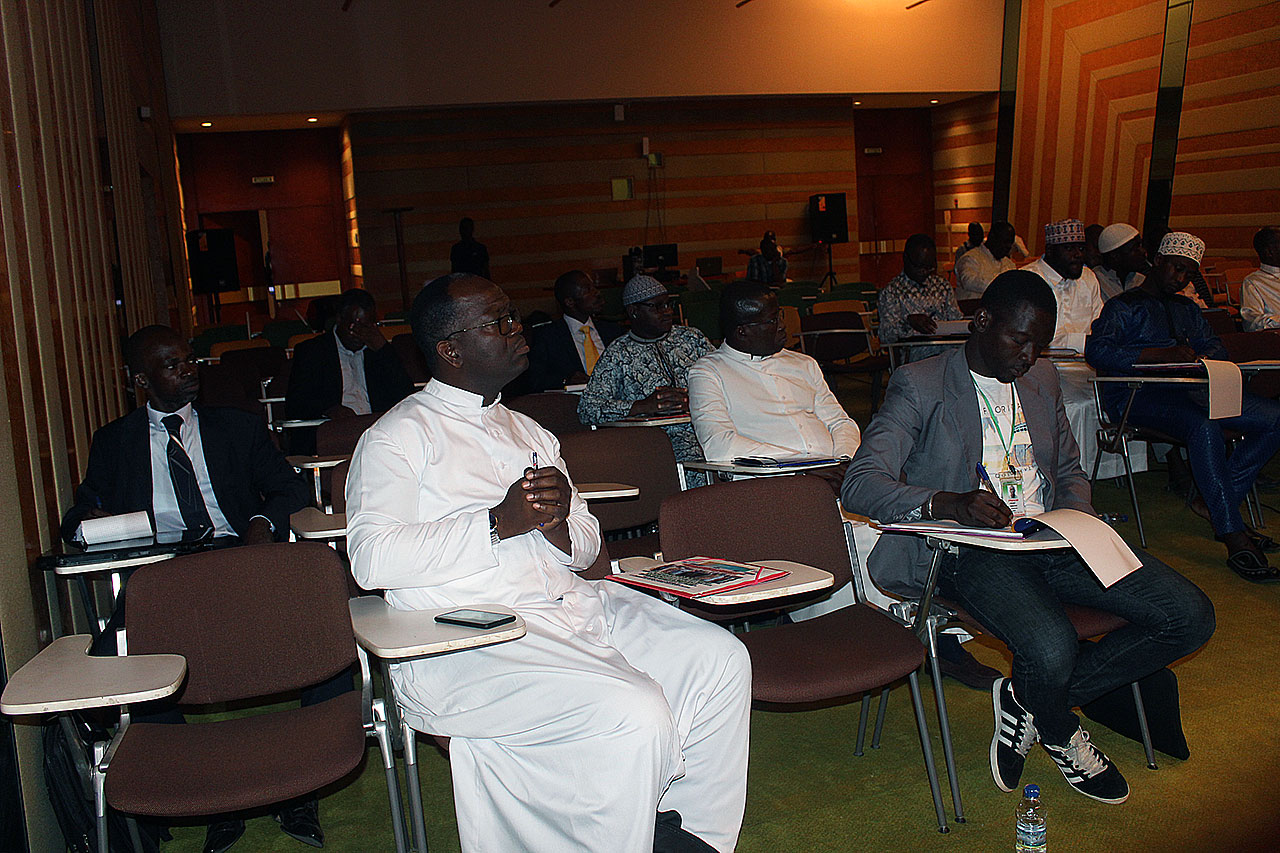 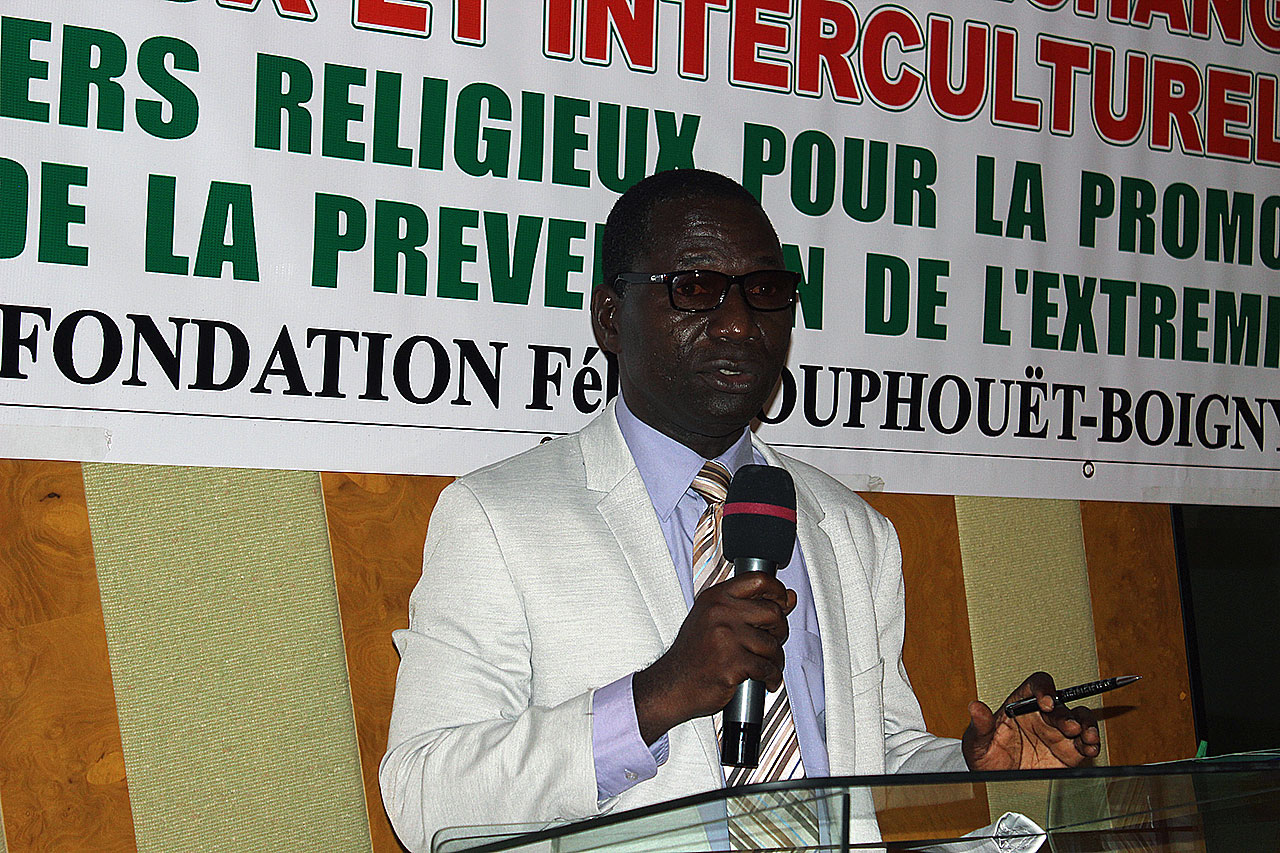 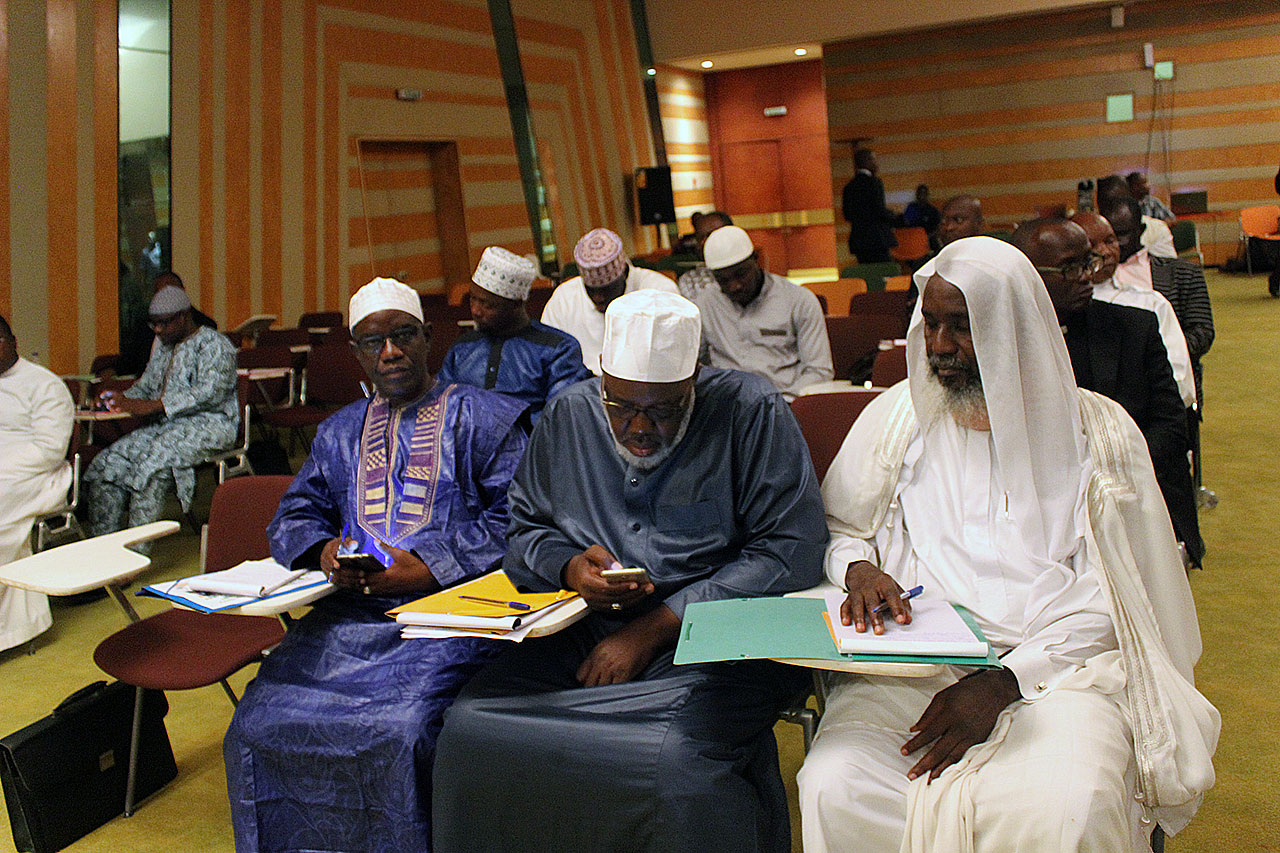 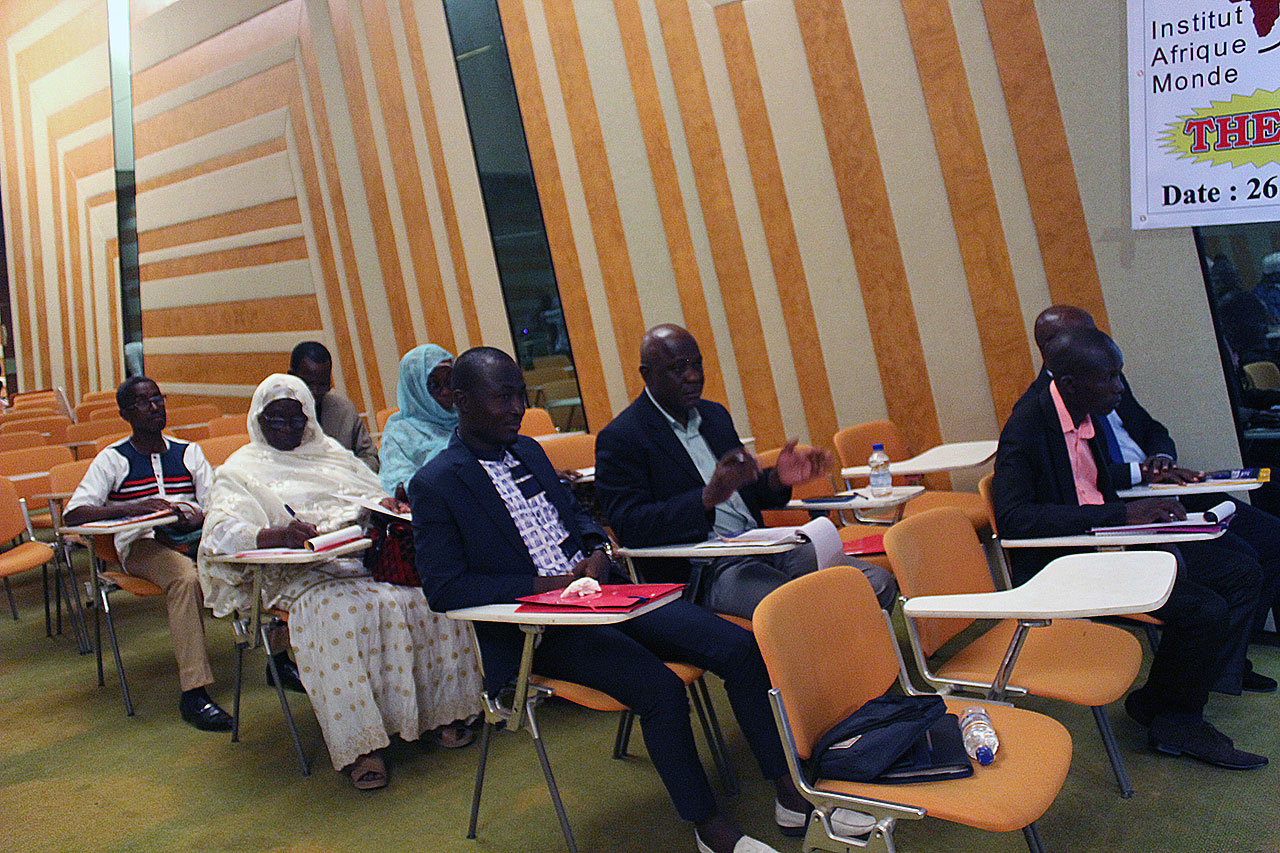 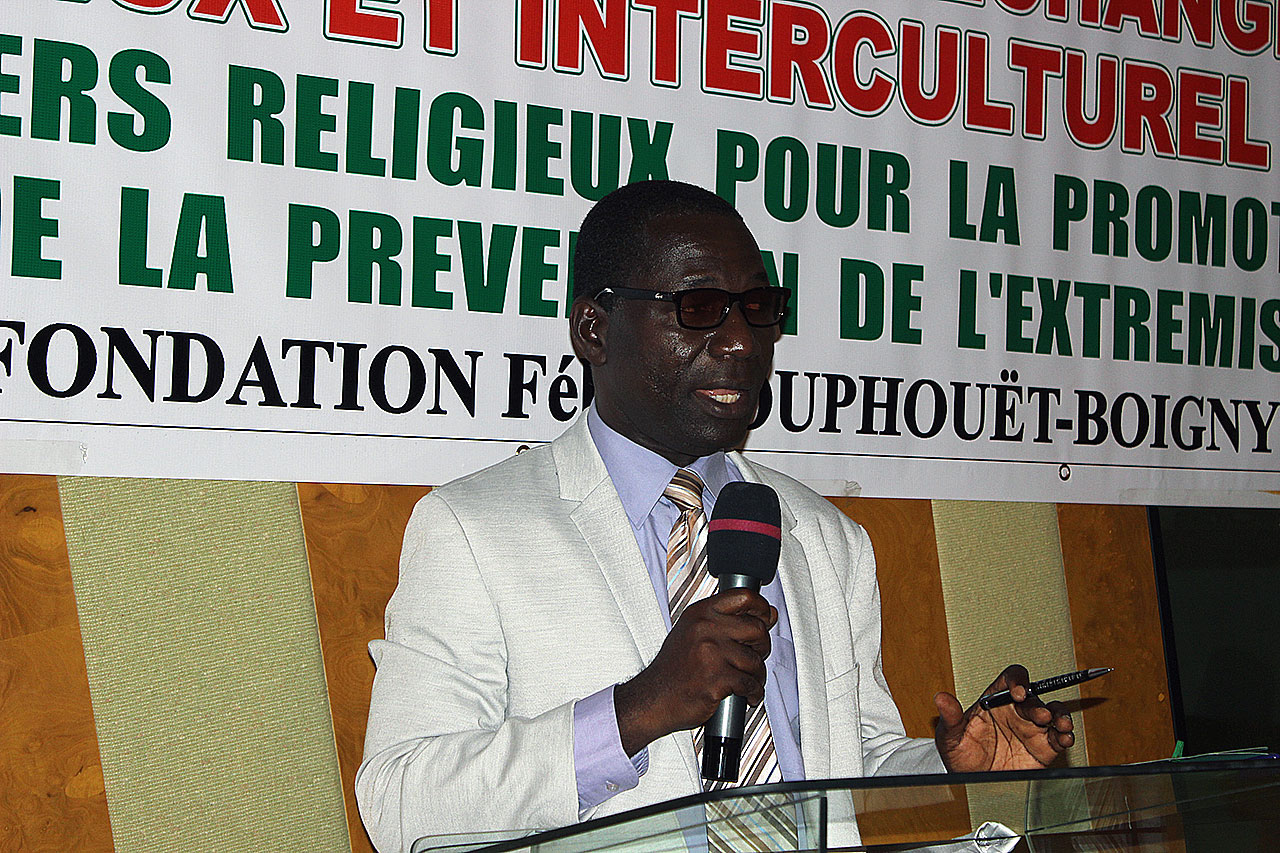 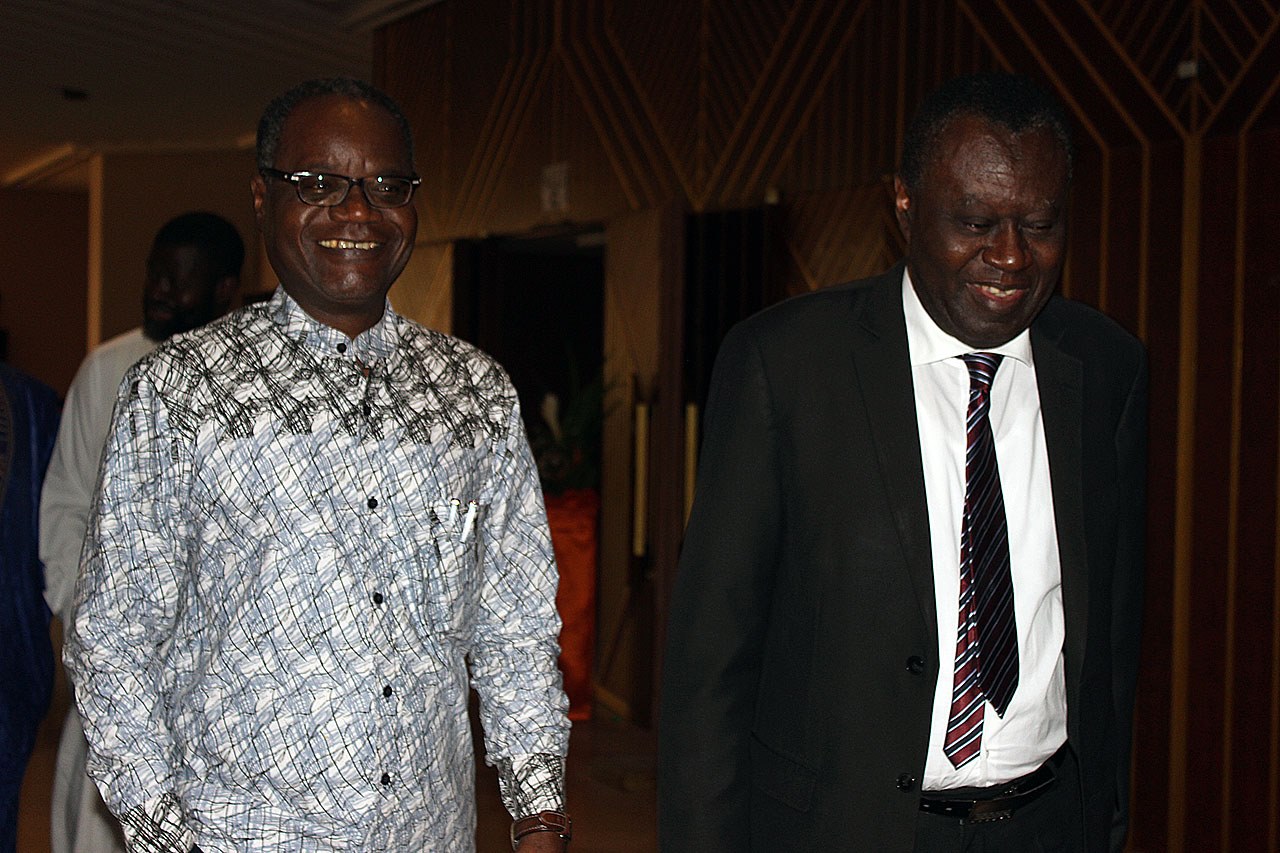 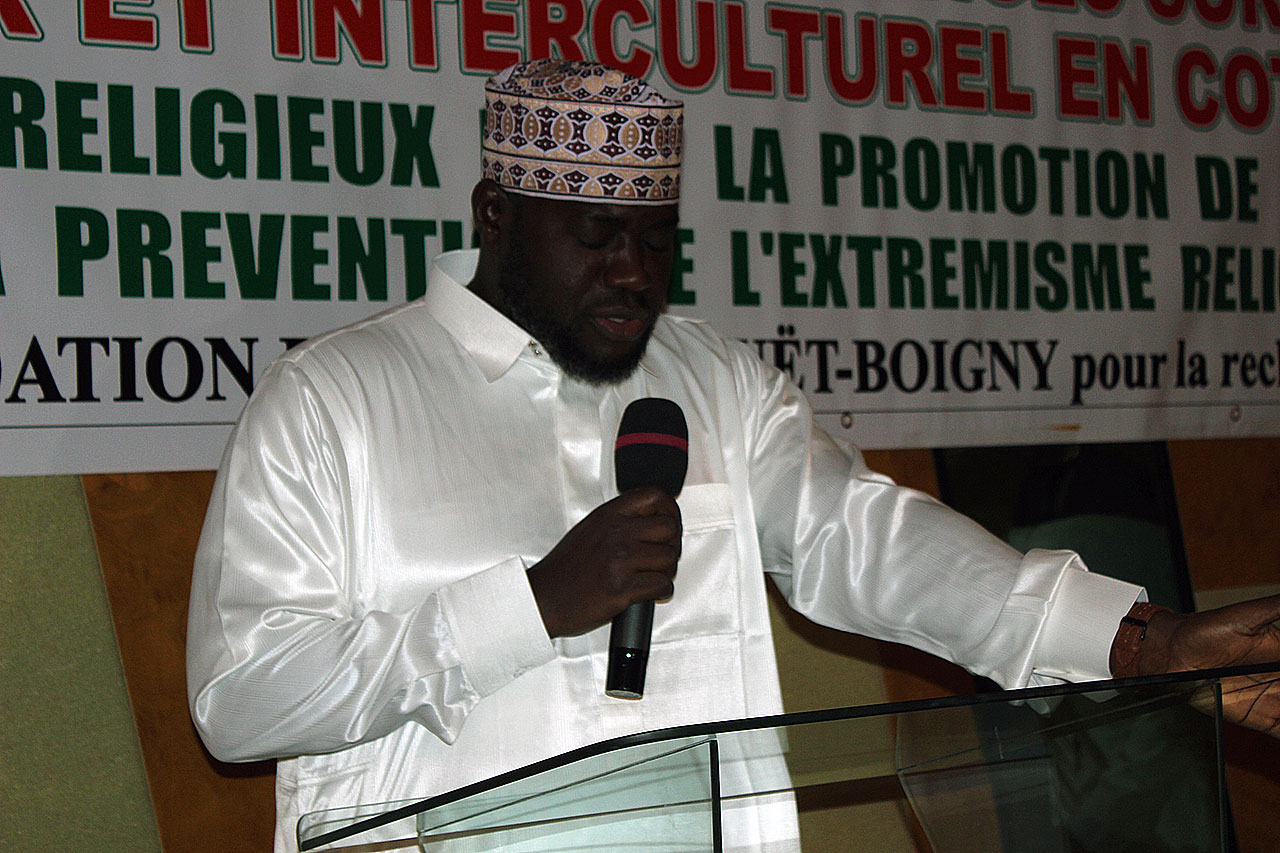 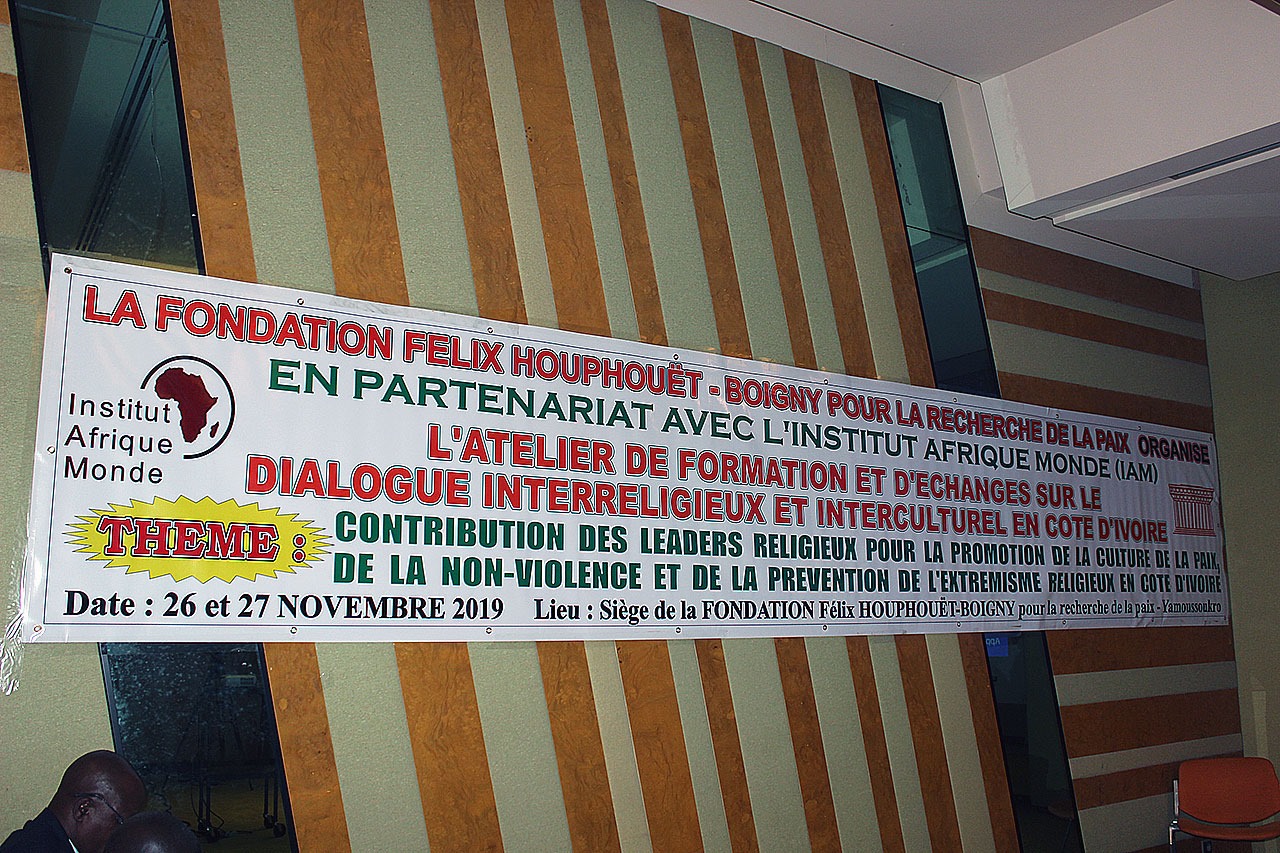 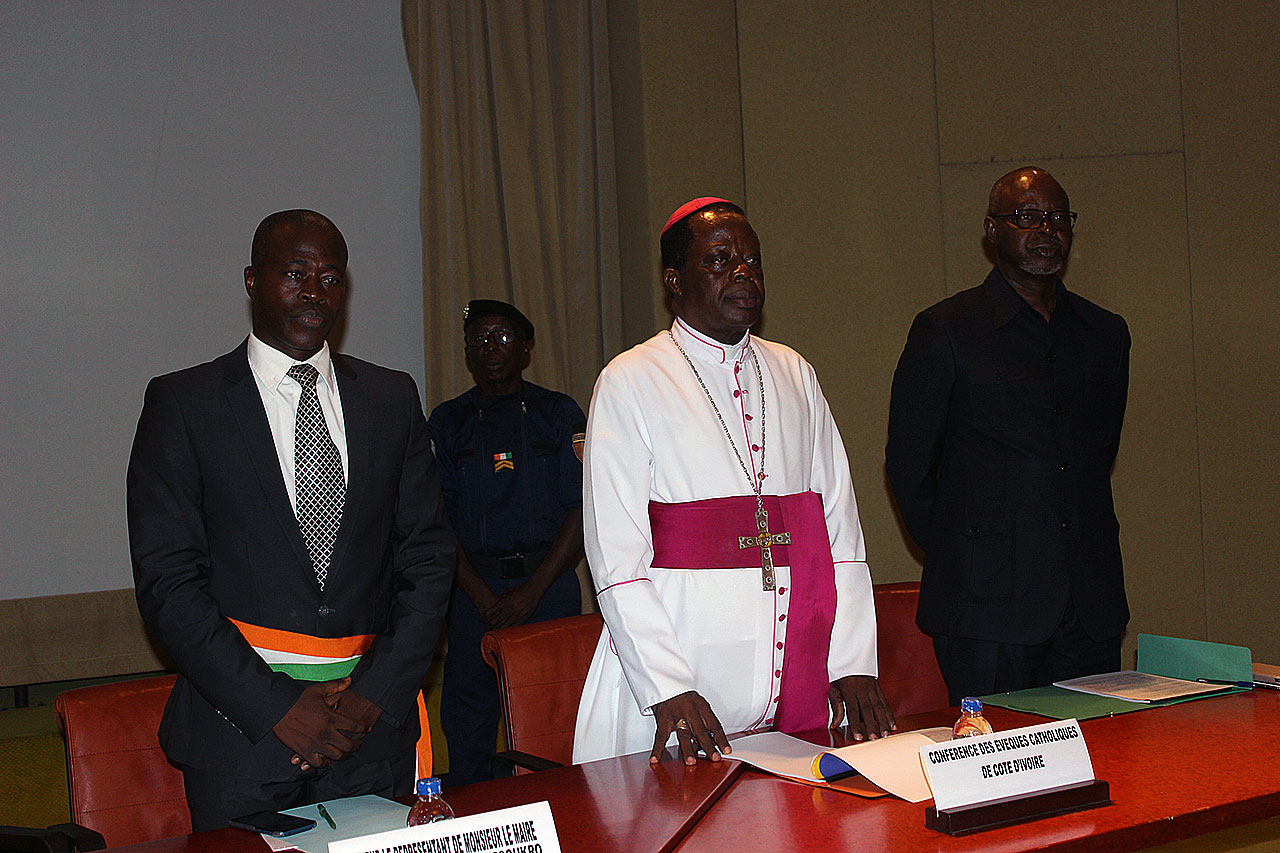 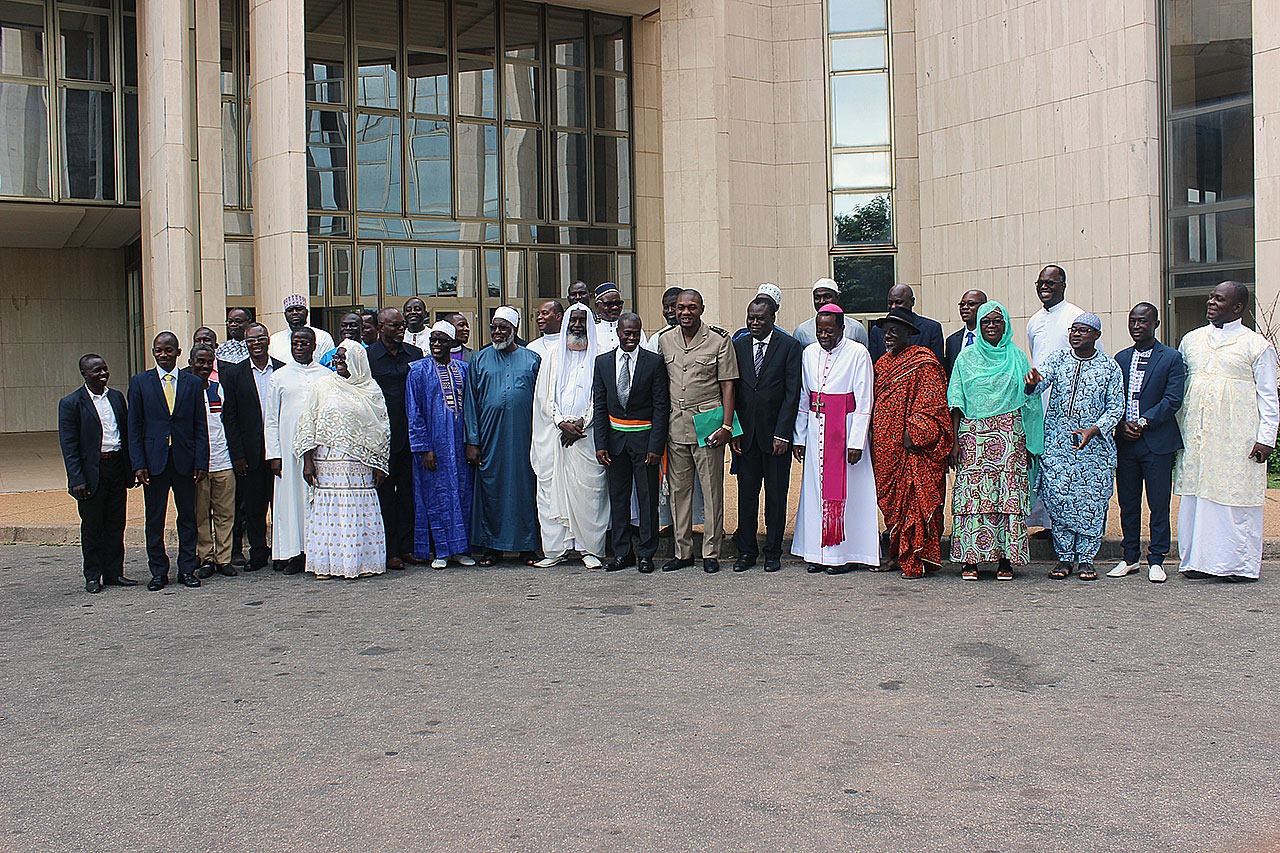 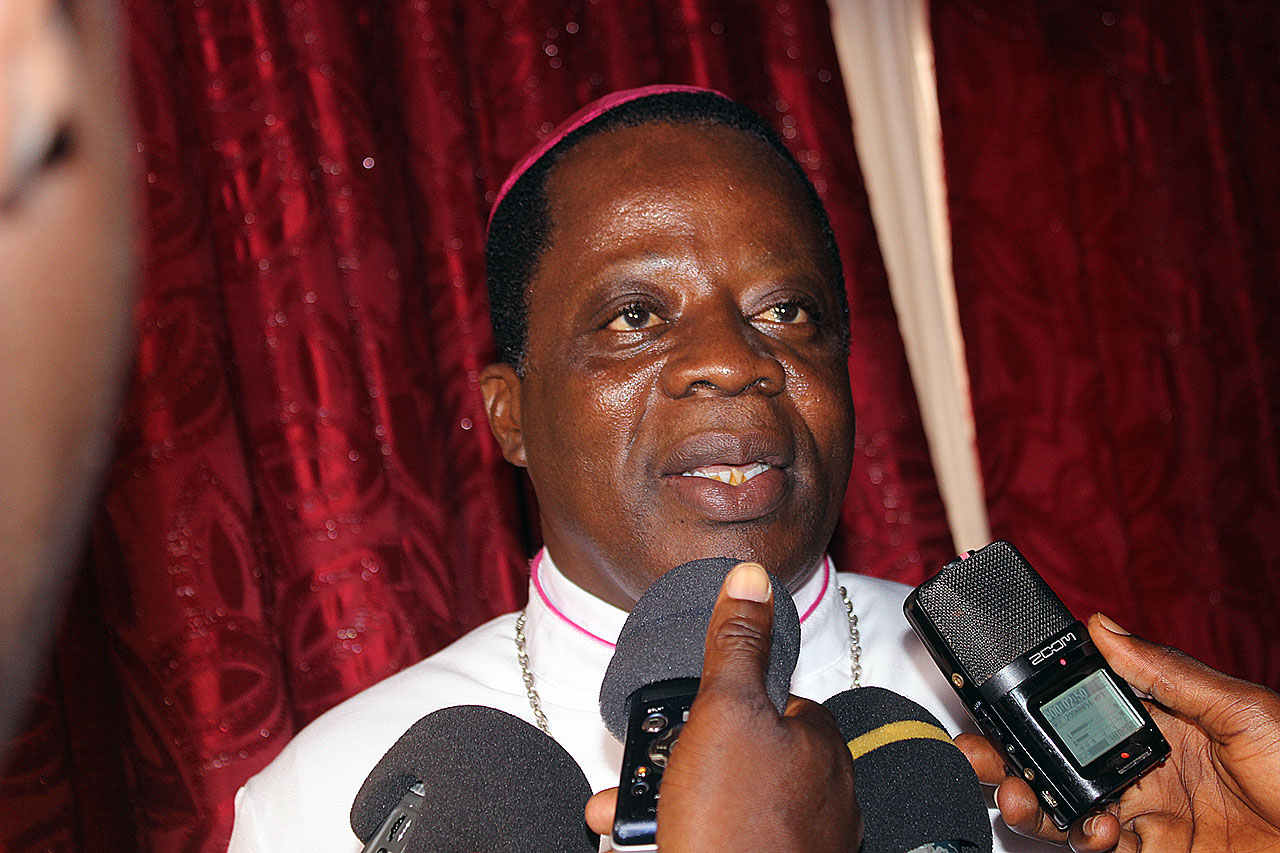 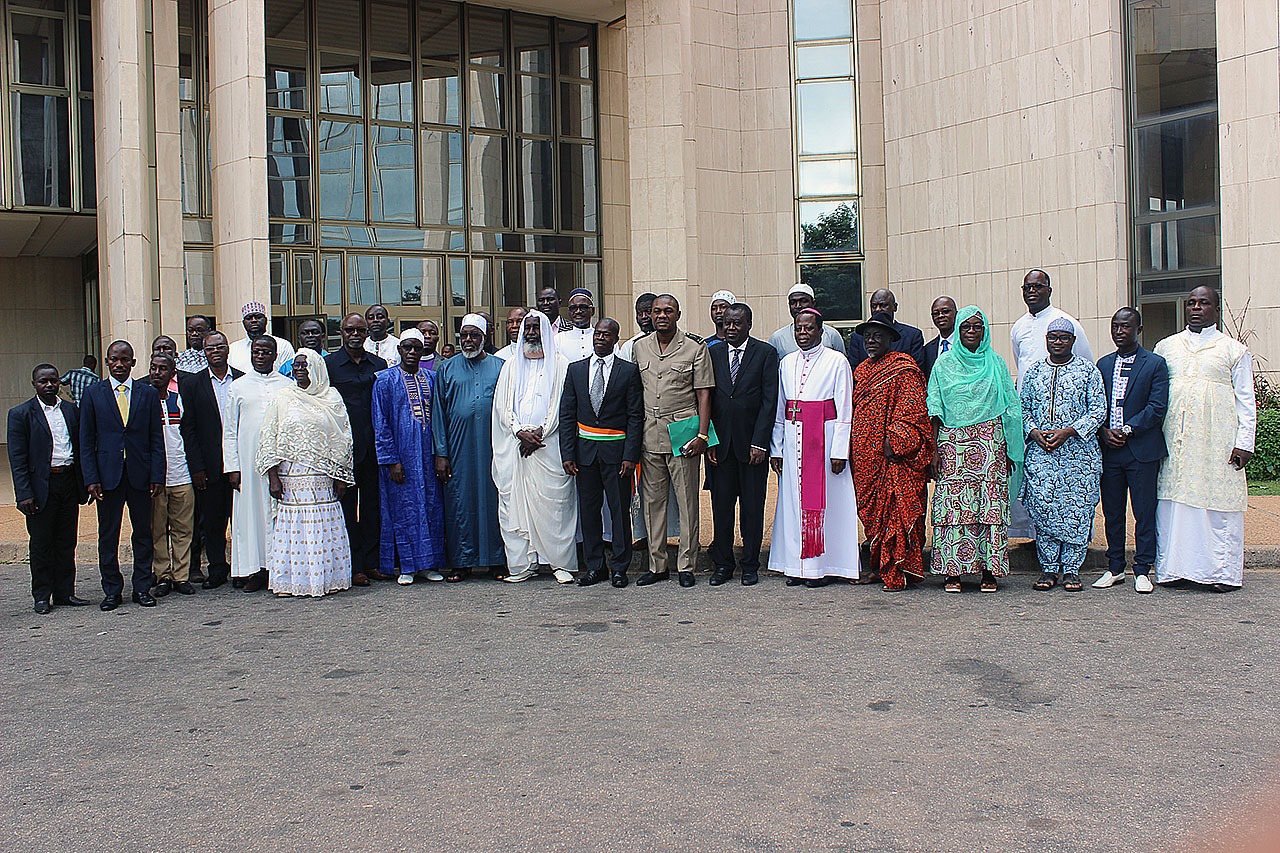 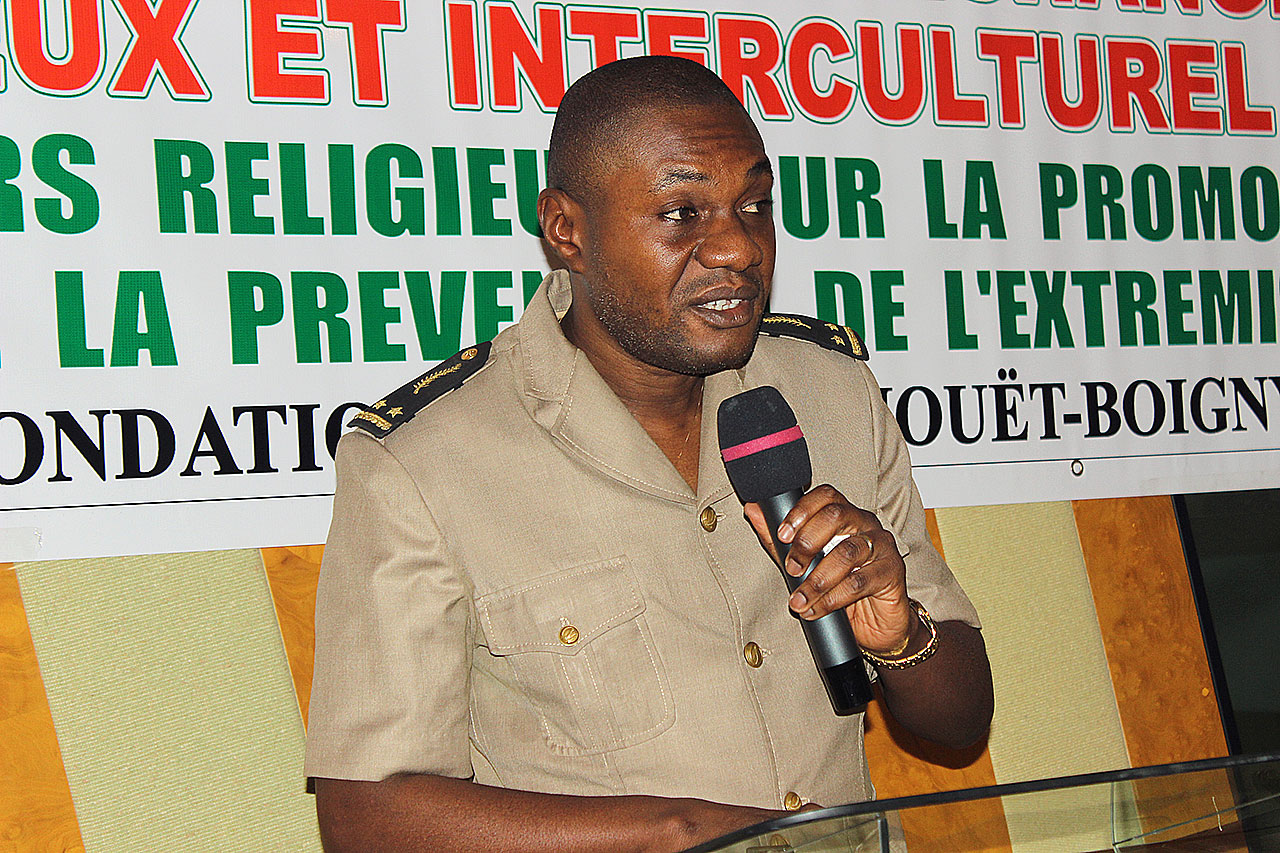 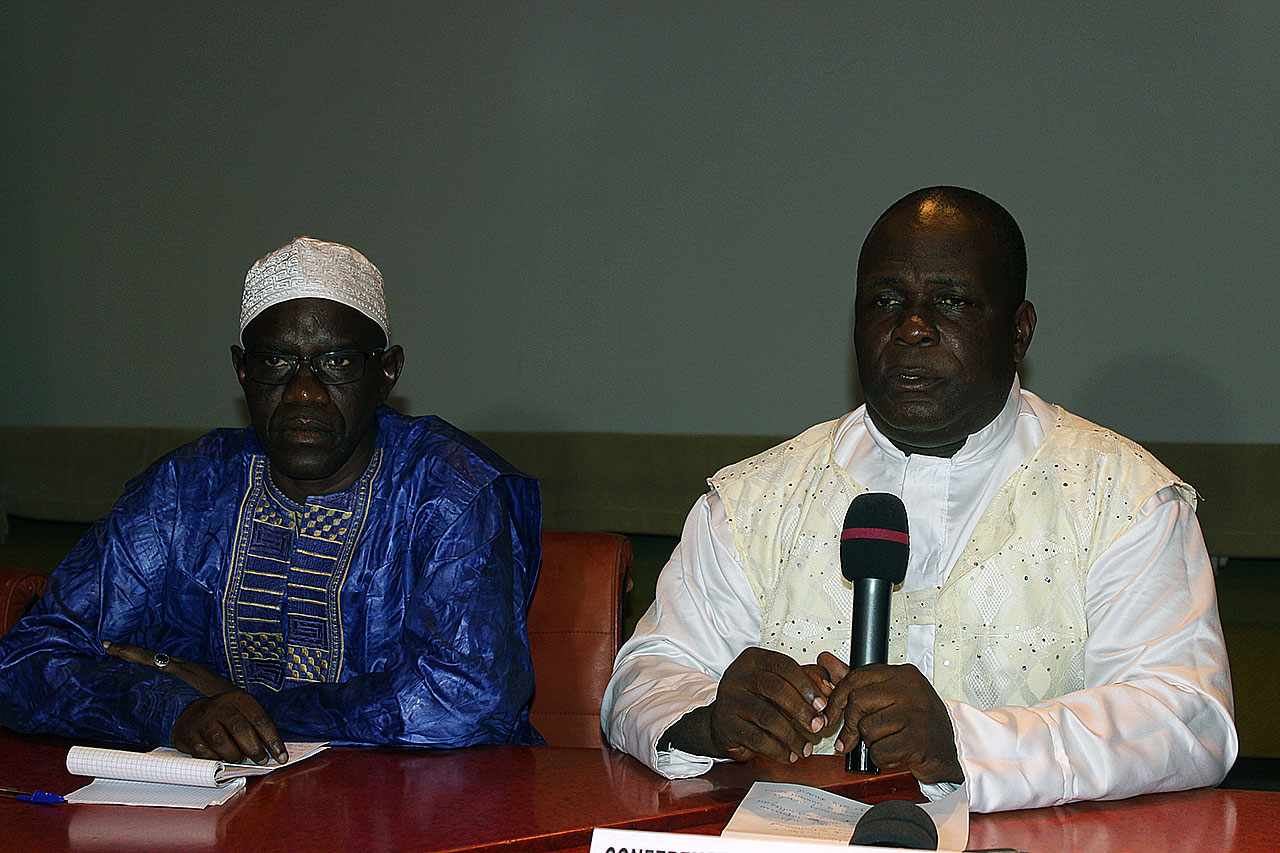 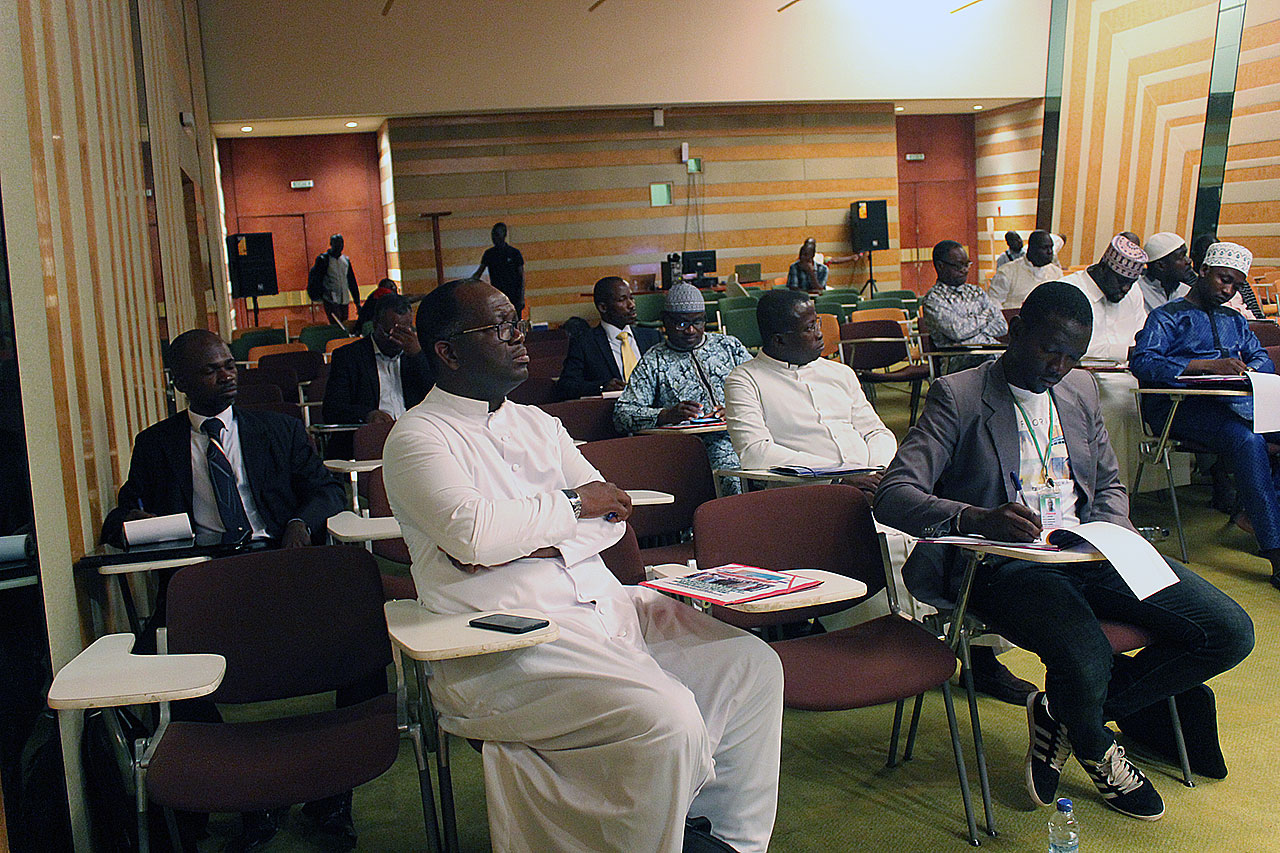 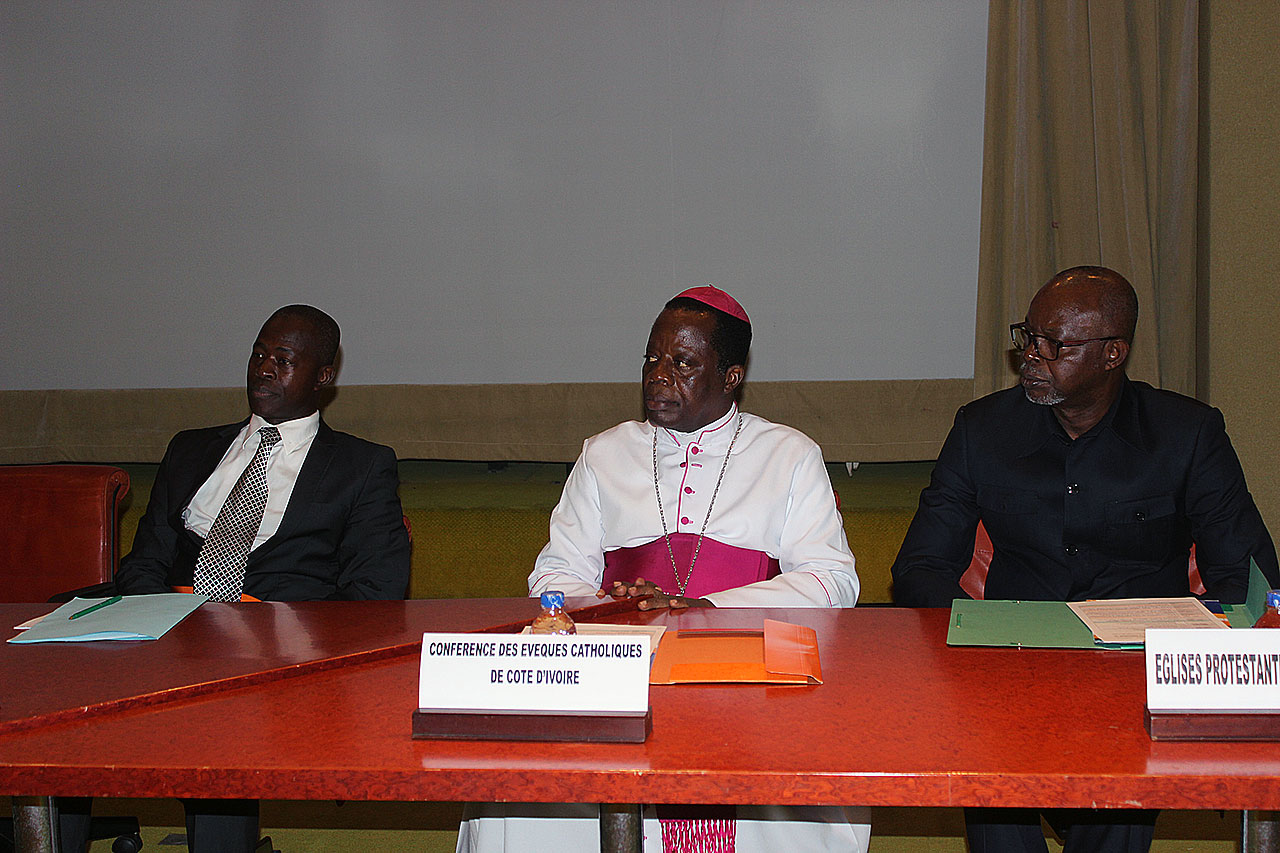