The West African Network to Fight Against Clandestine Immigration (REALIC), in collaboration with the Organisation du Conseil des Jeunes de l’Entente (OCJE), the Friedrich Ebert Foundation and the Félix Houphouët-Boigny Foundation for Peace Research (FHB Foundation), organised the 2020 edition of World Radio Day. This celebration took place on February 12 and 13 in Yamoussoukro. It focused on two themes: “Youth and Irregular Migration in Côte d’Ivoire, the role of radio in the struggle” and “Youth and Promotion of the Culture of Peace during the electoral period”. The recording of a public broadcast on Wednesday, February 12, 2020, at the Yamoussoukro Scientific High School, broadcast live by the radio of the FHB Foundation, the Radio of Peace, saw the participation of students of the said high school. On the menu, awareness on the risks related to illegal emigration, debate and quiz.

A public broadcast was recorded on Wednesday, February 12, 2020 at the Yamoussoukro Scientific High School and broadcast live by the FHB Foundation radio station, Radio de la Paix. It saw the participation of students from the said high school and students from other higher education institutions in the city of Yamoussoukro. Spectators and listeners were made aware of the risks linked to illegal immigration through debates and games based on questions and answers.

According to Mrs. Florentine DJIRO, President of REALIC, the aim of this activity was to highlight the impact of radio in the fight against illegal immigration on the ground. For her, the aim was to show and strengthen the role of radio in awareness-raising campaigns aimed at pupils and students on the risks linked to illegal immigration, and to popularise reliable information and legal channels concerning the immigration chosen. 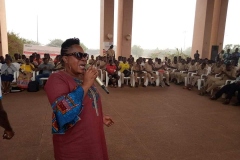 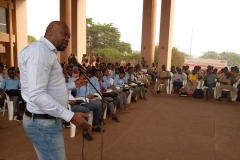 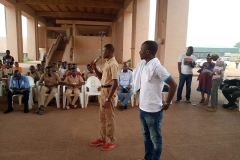 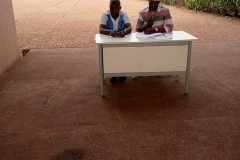 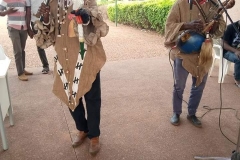 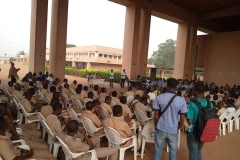 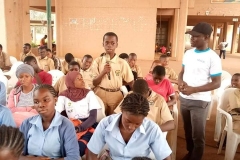 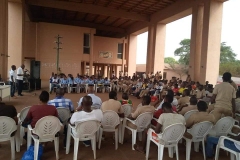 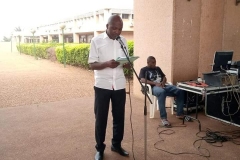 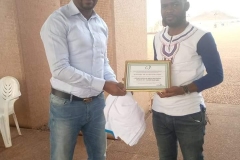